Full Name
H.E. Liu Xiaoming
Job Title
Ambassador
Company
Embassy of the People's Republic of China to the United Kingdom
Speaker Bio
Ambassador Liu graduated from Dalian University of Foreign Languages, received his MA at Fletcher School of Law and Diplomacy of Tufts University, joined the Chinese foreign service in 1974 and then served at the Chinese Embassy in Zambia. He was Deputy Director at the North American and Oceania Affairs Department of the Ministry of Foreign Affairs (MFA) from 1983 to 1989 before serving as First Secretary at the Chinese Embassy in the United States.

He returned to MFA in 1993 and worked as Director, Counsellor and later Deputy Director-General at the North American and Oceania Affairs Department. In 1998, he returned to Washington, DC to serve as Minister and Deputy Chief of Mission at the Chinese Embassy until 2001.

After serving as Ambassador to Egypt from 2001 to 2003, he was appointed Assistant Governor of Gansu Province in 2004 and was promoted to Vice Minister at the Office of the Foreign Affairs Leading Group of the CPC Central Committee in 2005. He was Ambassador to the Democratic People’s Republic of Korea from 2006 to 2009 and has been Ambassador to the UK since 2009.

He received The Fletcher Dean’s Medal (2007), First Class Friendship Medal of the Democratic People’s Republic of Korea (2010),the Fletcher Class of 1947 Memorial Award (2014), the 48 Group Club Lifetime Achievement Award for Contribution to Sino-British Relations (2016) and the Freedom of the City by the City of London Corporation (2018).

He was awarded the Degree of Doctor of Laws Honoris Causa of Nottingham University in 2017 and the Honorary Doctorate of the University of Huddersfield in 2019.
Speaking At
A Leadership Dialogue - with H.E. Liu Xiaoming, Chinese Ambassador to the United Kingdom 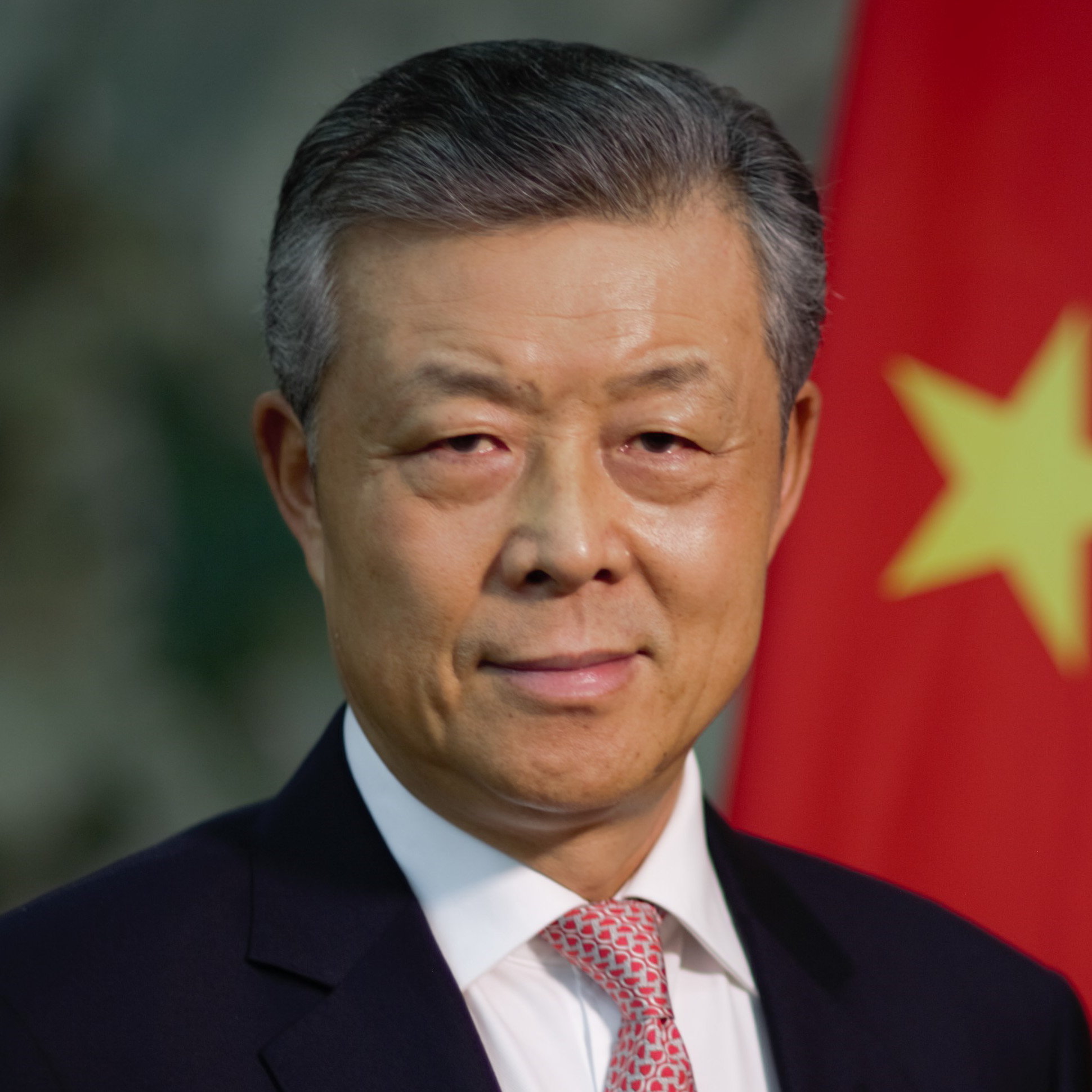