Oliver was previously an Associate Editor with strategic consultancy Gulf Intelligence and prior to that, the Head of Media Relations in the Middle East at Germany's Siemens, where he managed the engineering and electronic giant's press work across the 16-country-spanning Siemens Middle East region.

During his tenure at Siemens, Oliver was instrumental in enhancing the overall quality of the company's external communications and improving its visibility in the regional media. Prior to his role at Siemens, Oliver held the positions of Acting Managing Editor and Assistant Managing Editor for the Middle East at Dow Jones Newswires in Dubai, managing a regional team of journalists and correspondents.

He drove and coordinated regional news coverage, edited and wrote news and feature stories for publication on the Zawya Dow Jones, Dow Jones Newswires and the Wall Street Journal platforms, and contributed with expert comment on business issues including on the UK’s Sky News TV channel.

Oliver also worked as Dubai-based Energy Correspondent for Dow Jones Newswires, covering Opec as well as regional energy affairs, and for Bloomberg News & Television in London in 2006, where he covered energy and commodities. He started his career with the esteemed Middle East Economic Digest (MEED) in 2000, where he held the roles of Staff Writer, Gulf Correspondent and News Editor.

Oliver was educated at the University of London's School of Oriental & African Studies, where he read a bachelor (honors) degree in Arabic and economics; at the University of Alexandria in Egypt; and at Germany's University of Cologne. He also completed PwC's University of Northampton-accredited mini MBA program in Dubai.
Speaking At
Our Take – Energy Intelligence's View on the October Opec Meeting
C-suite Conversation: Advantaged oil and gas: What makes the cut in the age of austerity 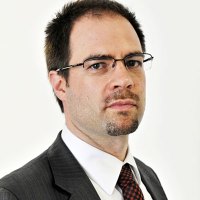