Full Name
David M. Turk
Job Title
Deputy Secretary
Company
U.S. Department of Energy
Speaker Bio
Prior to his nomination as Deputy Secretary, Turk was the Deputy Executive Director of the International Energy Agency (IEA), where he focused on helping countries around the world tackle their clean energy transitions. He also directed reports on the digitalization of energy systems, the future of clean hydrogen, and a project tracking progress on a wide range of clean energy technologies.

During the Obama-Biden Administration, Turk coordinated international technology and clean energy efforts at DOE. During this time, he helped spearhead the launch of Mission Innovation—a global effort to enhance clean energy innovation.

Turk also served as Special Assistant to the President and Senior Director at the U.S. National Security Council, where he coordinated interagency legislative affairs efforts by the full range of national security agencies and provided legislative advice to National Security Council decision-making. He also previously worked at the U.S. Department of State, including as Deputy Special Envoy for Climate Change and helping to coordinate New Start Treaty ratification efforts in the U.S. Senate.

Earlier in his career, Turk worked in both the U.S. Senate, primarily on national security issues, and as the Staff Director of the National Security Subcommittee of the House Oversight Committee.

Turk was born in Quito, Ecuador and raised in Rock Falls, Illinois. He is a graduate of both the University of Illinois at Urbana-Champaign and the University of Virginia Law School. He and his wife, Emily Turk, have three children.
Speaking At
Leadership Dialogue - U.S. Department of Energy 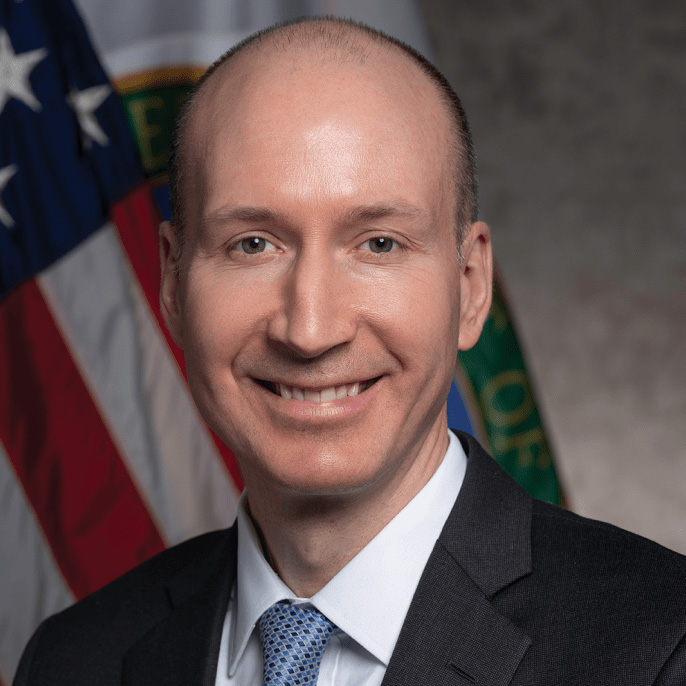