Mr Taneja serves as Chairman of the Independent Energy Policy Institute, a New Delhi think tank. He is also the Founder President of the prestigious World Energy Policy Summit.

He is a Visiting Professor at the NTPC School of Business in India, focusing on energy policy and governance.

He also served as the national Convener of the Energy Cell of BJP, India’s governing party. He was a national Spokesperson of the BJP from 2015 until recently.

Mr Taneja is well known as a thinker, politician and TV debater and conversationist. He is a regular on various national and international TV channels, including CNBC and BBC.

Mr Taneja has authored and edited three books: The Far People -- A Norwegian Journal, Mantras for a Golden India and Glory. Growth. Goals. –- India’s Oil and Gas Industry. He has authored thousands of articles and commentaries on energy policy, diplomacy, geopolitics, security and energy poverty and empowerment. Mr Taneja served as the South Asia Bureau Chief for a number of European business newspapers for over 15 years.

Mr Taneja is a celebrated speaker on energy and national issues. He is regularly invited to speak by universities, think tanks, conferences, governments and big companies from all parts of the world. 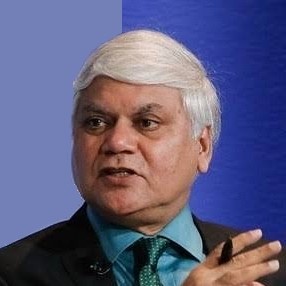